Well it's been a busy fall with lots of activity at school in particular. The older boys are enjoying their friends from last year, and Lincoln is adapting to his new environment (that is diplomatese for "he hasn't been expelled from school - yet"). After a mere two months of administrative processing Kristie has gotten permission from the French government to start a job at the school she was given at the end of summer. Busy protesting against changing the retirement age from 60 to 62...
We've kept plenty busy with early Halloween activities, a scouting trip (in the freezing rain) to Belleau Woods, and a road trip (yes on a ferry and then on the left side of the road) to London. The only thing missing has been guests, but we have a few recent bookings that we are looking forward to - so act now this is a limited time offer.
Soooo - in no particular order ...
London Trip - we had a great visit, taking the ferry over, not quite getting sea sick and being welcomed by the white cliffs of Dover. Then a nice drive through the country where everyone seemed very nice, but kept moving into my lane... :) just kidding - but we did notice that these poor blokes even seem to have their trains moving in the wrong direction!  Next we did the London eye, arriving for a perfectly timed sunset "flight" - which apparently makes you feel better about the most expensive ferris wheel you'll ever ride. Honestly though - it was worth it for an amazing view of the city. Then off to our hotel, which was on a major road by the airport but which apparently had some kind of GPS cloaking device since that usually reliable marriage preserving device insisted the hotel was several miles away. When we finally stumbled across it, we got a nice room and felt like we were back in Paris because, regretably and ironically, the room had been recently occupied by one of the much more rare London smokers - who had ignored the fact that the entire hotel was non-smoking.

The next days were a whirlwind of bus, ferry and "tube" trips, great meals, blue skies, marching guards and an ultimately unsuccessful effort to get the various Ben and Jerry's vending machines we found to actually produce that heavenly product. We topped off the weekend with a visit to the show "Wicked" which we would highly recommend to anybody who gets the chance (and can find reduced price tickets...). 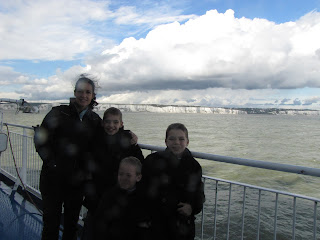 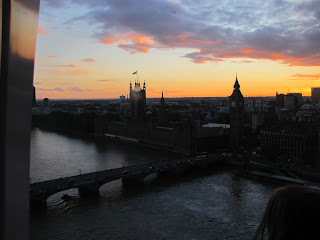 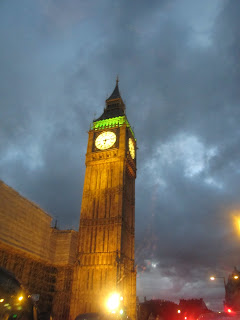 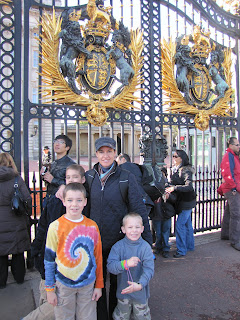 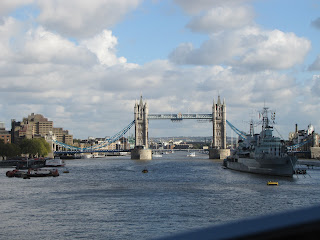 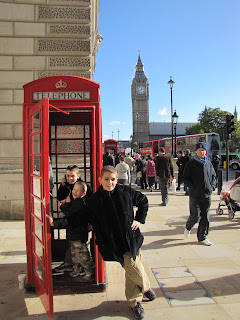 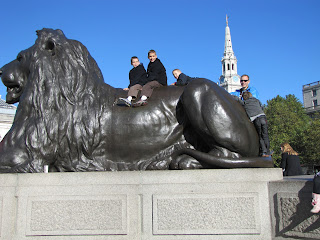 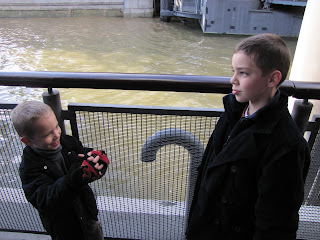 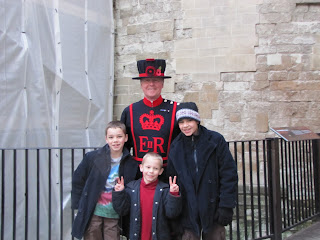 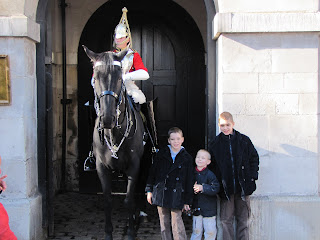 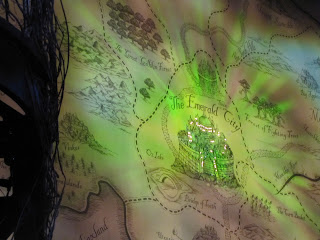 Hallowen - part 1 of 3-5:  One nice thing about being in a country that doesn't really follow or understand our crazy traditions, is that they won't notice the liberties taken with them. Accordingly before Halloween hits America, we will have celebrated and cashed in on at least three major trick-or-treat outings. We realized that perhaps we weren't really following State Department advice not to stick out as Americans when I was talking with a French colleague about Halloween and she remarked on a cute little boy she had seen in the metro in a Buzz Lightyear costume. I was curious and asked if he had the inflatable wings, which he did, whether he was blond, which he was, whether he was about so tall, which he was - and whether he was running and talking a blue streak - which definitively identified him as Lincoln...  Oh well - at least we have a superhero on our side. 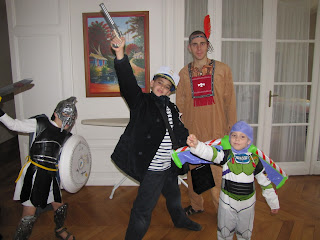 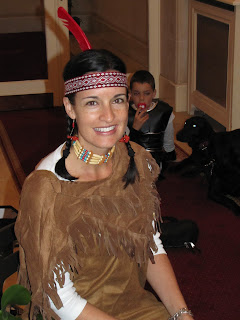 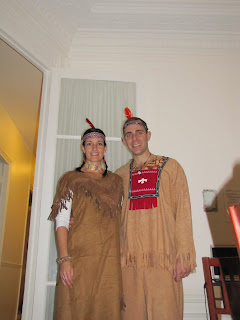 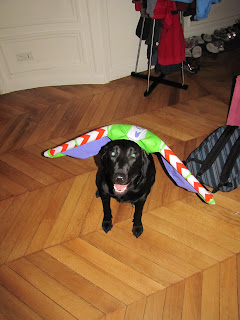 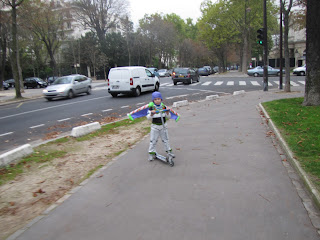 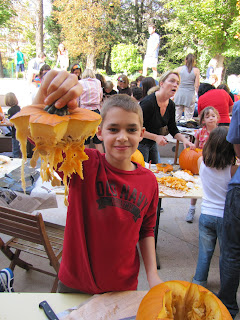 Outings:  A relaxing Columbus day bike ride in the gardens of Versailles (while the boys were at school) 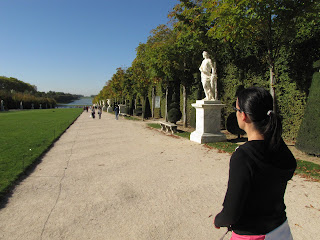 An evening ride to a park overlooking the city 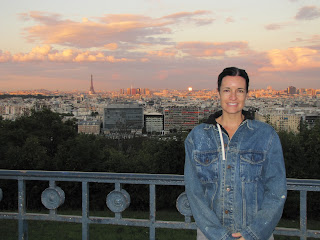 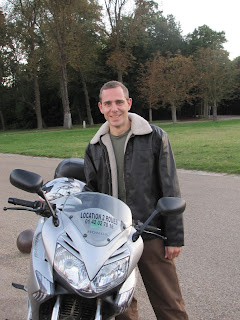 Celebrating the birthday of a good friend 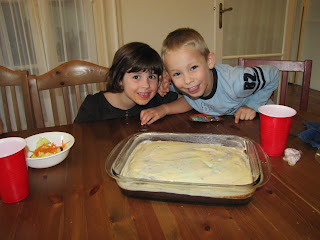 A visit to Belleau Woods where Graham and his friend raised the American flags at a cemetary on the site of a battle of defining importance and solemnity to the U.S. Marine Corps 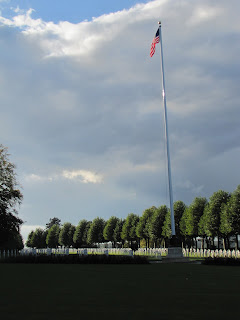 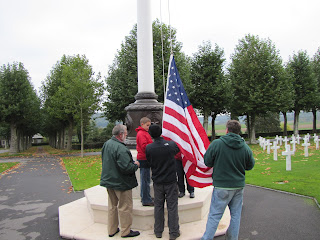 A wet and cold but still magical Disney trip 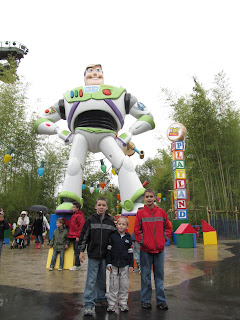 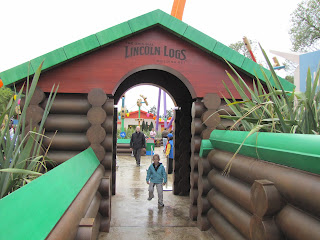 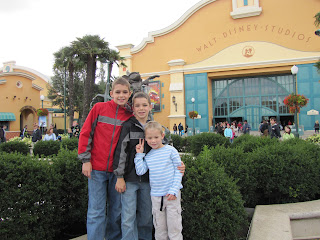 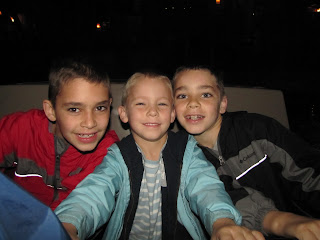