Summertime
As the school year wrapped up we added saying goodbye to all the people and places that had become home to a schedule already pretty filled up with work, packout and departure task and other obligations (and oh yeah, Bill had to leave a month early) .  Nonetheless, Kristie found a way to fit in parties, play dates and pilgrimages to favorite restaurants, parks and so on.
The crazy schedule was capped off by a fouled up departure Kristie finally got the three boys, two dogs and all their gear on a plane and out of Paris.  A big thanks to the Van Cleve family for their extraordinary kindness in taking in our wayward travellers and setting them back on the path home.
Once summer got started though, it’s been a great ride.  We began with fun in Washington DC with our old friends who always welcome us back into their lives and act as our cultural reintegration guides – getting us up to date on everything from new movies and music to how to use an iPhone. Thank you guys!  We also fit in a bunch of fun activities ranging from picking cherries and blueberries to seeing the Nationals beat the Pirates in extra innings.
Then we headed to Cape May for a week of beach before Bill headed out to Afghanistan. We had a perfect mix of time with family (sister, parents, grandmother) and days alone to enjoy each other and just relax, biking around the town, swimming, catching a movie, and generally doing as much or as little as we felt like at any given time. In short – a great vacation.
After a difficult goodbye with the boys Kristie and I headed south for an extra day of vacation/alone time in Old Town Alexandria where we enjoyed strolling through familiar streets and remembering what an interesting voyage we have had, and how lucky we are to have had the opportunities we have to travel, and raise a family together. We also gorged ourselves at Bilbo Baggins restaurant, which had remodeled but remains an excellent place to get a meal.  Finally it was time for goodbyes, with a tear or two, but looking forward to more beach, family, and settling into a new life in Vermont for Kristie and the boys (and the dogs) and rewarding challenges for Bill in his new home.
We hope all of you are enjoying a wonderful summer, and that you keep in touch.
With love,
The Swaneys
The Swaney Boys
Dolphin Watch (will try to post on this and get a video up - it was AWESOME)
Construction Crew
Hangin on the homefront
Posted by Contact me at 11:56 AM No comments:

Hope you are all enjoying the official start of summer.

We are in the midst of the latest transitions, with Kristie and the boys saying their final goodbyes to Paris and our friends there, and Bill preparing for his assignment to Afghanistan.

The boys, are doing well, with Graham overjoyed to be done with a very successful school year Eli reigning as the ping pong, and Lincoln proving that Kristie earns the best Mother ever award when her maternal instinct (aka "spidey sense" ) allowed her to discover that he was in the process of "escaping" the bathroom through holes in the ceiling...  He continues to insist that he is returning to "Cameroon" - and I'm sure Kristie will wish that the yard in Vermont had high walls and an armed guard.

On a final note - we are adding a new blog to the site about Bills assignment - which you can link to from here, or link to directly at:

As always, best wishes, keep in touch, and happy reading.

The Swaneys
Posted by Contact me at 7:18 PM No comments:

I have to say a quick Happy Birthday to my lovely wife, who truly makes forty look like "the new twenty" - both on the outside and inside, and who has shared a rewarding, but challenging and tiring journey, and helped raise three adorable, incomprehensible and irreplaceable little creatures known as boys.

Thanks to all who have helped us celebrate the landmark, in person, or on the phone/e-mail etc., she is grateful to have such a loving and supportive family and circle of friends.

Despite, or perhaps because we are now insanely busy with logistics and moving details, I wanted to share some of the departure rituals that are an familiar part of our life in the Foreign Service. They include the office party (or parties) which are an erratic mix of ritual and emotion. Typically there are traditions associated with them, in the case of Paris, it is customary for office mates to sign a picture of the statue of Benjamin Franklin that graces the Embassy grounds. More importantly and enjoyably, this being France, even the most junior or disliked departee provides an opportunity for eating and drinking, which is, most definitely a strong suit of the French. I like to think of it like stocking up for winter, and the coming hardships of being unable to walk a hundred meters in any direction and find world class bread, wine and food (Sundays, evenings and holidays excepted). So it's a very pleasant ritual, but the surprise comes when you find that your workplace has become a second home, and that while many, even most of the dozens of farewells given in the last week at post are sincere but perfunctory, some are genuinely painful and revealing of bonds that have evolved without you even noticing.  In short, given the brevity and level of distraction provided by the creatures mentioned above, we have been surprised how hard departures have been - which is oddly satisfying, although a shocking number of people seem to succeed in doing so, we have always beleived that there is little point in living and working abroad if you are unwilling or unable to make connections with the host country.

Anyhow - departure is a mystifying and sometimes painful mix of sweet and sour experiences that comes from detaching yourself from places and people who have become home.  Inevitably, the last three months of our stay in a place is marked by an accelerated pace of meeting people you like (or suddenly realizing you like people you met long ago), and of discovering new places or new comfort in a routine.  To wit, a farewell party at the house of a work colleague opened the door to a family friendship that will have little time to mature.  Similarly, a snap decision to try something new led us to eat at the neighborhood Leons de Brussels, a kind of belgian Lobster House, and revealed that our sons adore eating mussels.  Too bad they won't have mussels (or the accompanying fries) as good (or as cheap) as what we now have down the street until some unknown time when they move to Belgium.

After spending a wonderful day at Asterix Park (a French version of Disney based on a comic book character) with Kristie's old roommate and her family we were in the need for something to ease the pain and regret of leaving people and places dear to us.  Enter the bureaucrats running the French Open.

Having long ago heard about the possibility of visiting the grounds of the Open, which are only about two miles from our house, we scooped up tickets early, and were looking forward to the event.  As the day approached and the tempo of moving picked up some plans changed, and, long story short, I forgot to double check the tickets.

Instead of making a day of it at the Open, the new plan called for us to stop by the grounds after a full day at the amusement park (decadent yes, but we're in Paris and finally blending in).  Matches started at 11 am and had no set ending, but the flow of people when we arrived at 6 pm was definitely outward.  After checking that tennis balls were still flying, we pulled our sleeping children out of the car and headed over.  At first we had the sting of reverse culture shock as a small, empty metal water bottle was marked for destruction by the security checker.  I could almost hear them thinking, "how can you be surprised!? you are American, you know better and should be ashamed!".

Ten minutes later we tried to enter, waiting five minutes for a break in the traffic so we could push our way down to the check-in.  All the checkin machines had been turned off, but a friendly young man was fumbling his way through the process and eventually printed out tickets using the printed barcode I had.  We had three tickets when he asked about the "other tickets".  Confused, I said that we had a tickets for Graham, but the others didn't need them. Turns out, that Eli DID need a ticket.  It was an honest mistake, as I had forgotten we had first planned to leave the young guys at home.  I pleaded for clemency.

After twenty minutes of standing around with a sleeping six year old on my shoulder the young man told me that he had contacted the "service au client" at gate W and they were awaiting us.  Why ten people at our gate watching hundreds of people leave couldn't help us I didn't know, but knew not to ask.  Another ten minute hike to Gate W led to the customary gauntlet of gatekeepers.  The first can't help you, but can shrug or point you to a second person who lets you know how stupid or foolish you are when you ask some version of "could you please help me to XXX" - because of course you should know that it is only the manager or "responsable" (literally, the responsible) - who could make any decision that has to do with anything other than the bodily functions of the many employees hanging around making half-hearted efforts to look busy.

At 6:55 we finally reached the summit, and were face to face with the responsable.  After confirming he had heard of our plight he took our tickets, confirmed that Eli needed a ticket and returned them, he then clarified that there were no ticket sales at the gate (though there were two very bored cashiers within arms reach) and that he could not help us. At 6:56 I felt grateful that my mediocre French included no appropriate words to express my opinion of an organization that takes 45 minutes to tell a nine year old boy and his family that despite the fact that at least half of the spectators had left the event while he waited, and not a single other had entered, that no solution could be found.  They were "desolee" - That can either mean "I'm genuinely sorry" - or "I am feeling very satisfied that you have given me a chance to show my power and to gloat about it by feigning sympathy."  Interestingly, the context of a given conversation it is almost impossible to mix up which meaning is intended.  Anyhow, Merci to you Msr. smug ticket overlord for serving up some merde at just the right moment.

In other news we've been enjoying a gorgeous spring in Paris, had a great visit with cousins Steve, Liz and baby Zoe, and the older boys have tales to tell from their field trips to Brittany (western coast) and the Jura Mountains (southeast France).

Unfortunately our camera mysteriously died, so we are short on pictures, but hoping to fix that as soon as the lithium battery of the camera we ordered two months ago can be either neutralized by the postal SWAT team or removed and thrown out by a nameless clerk, and it can finally be shipped (and then probably reshipped to chase us back to the US...).

Anyhow - hope everyone is well, and that we see or hear from you soon. 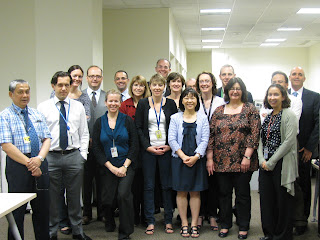 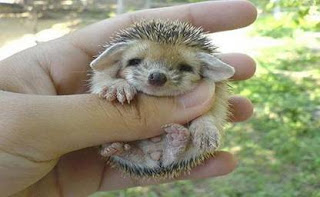 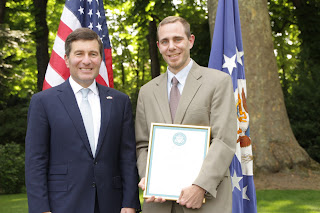